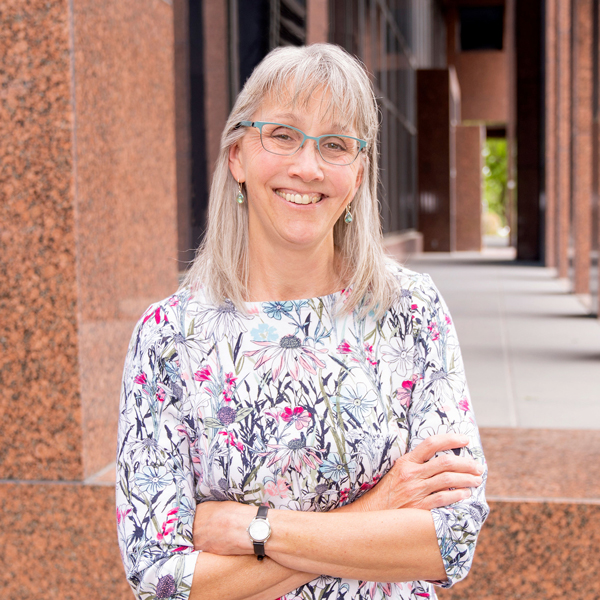 Nancy joined IntrinXec in February 2016. She is a life-long communications professional who has worked as an editor, reporter, and photographer in the newspaper industry, for a public radio corporation, as a freelance writer, and at a large Catholic church.

She moved to Minnesota in 1993 with her husband Mike and their two sons when he transitioned from the U.S. Army to the Minnesota Army National Guard. As an Army wife, Nancy has had the opportunity to put her communications skills to work in many different locations, including Michigan, North Carolina, Alabama, South Korea, Hawaii, and Minnesota. She is also a published author of “Images of America – Savage,” which is one of a series of community history books published by Arcadia Publishing. Her book focuses on the city of Savage, Minn., which was made famous by Dan Patch, a pacer who set the record for the fastest mile by a harness horse (1:55) in 1906 at the Minnesota State Fair.

In her spare time, Nancy enjoys spending time with family and friends, gardening, heading up North to lend her assistance to the process of finishing the family cabin, and practicing yoga.